This is the touching moment, a vet was caught on camera comforting a dog in desperate need of help.

The pooch has miraculously escaped a fire, but unfortunately he suffered some severe burns. Thankfully a Good Samaritan brought him to a vet clinic, just in time, and the staff there saved his life. Shortly after the surgery, this happened! 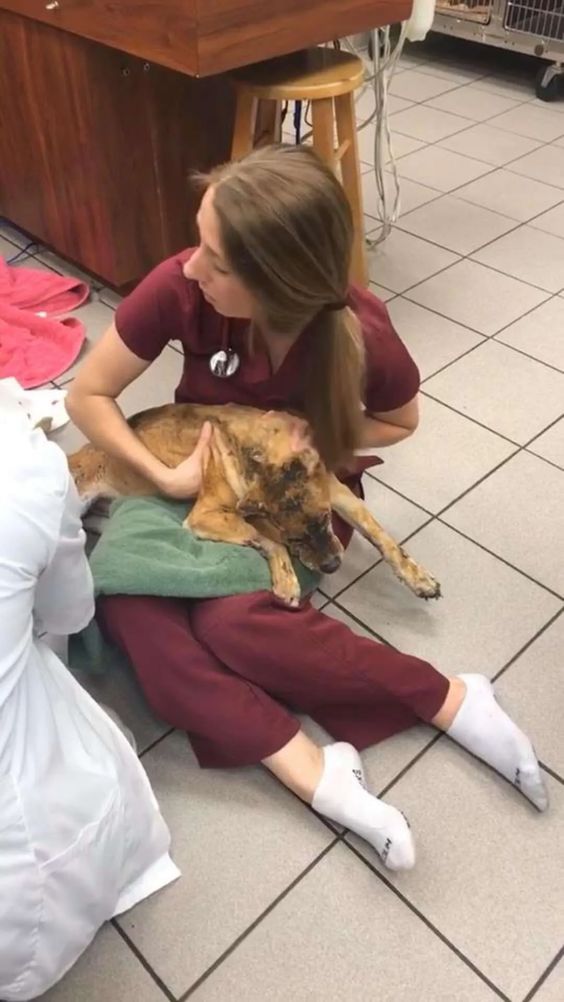 Taka – an adorable 8-year-old Shiba Inu – got trapped in a fire that nearly cost his life. He had some serious burns when a neighbor has taken him to the Care More Animal Hospital in Martinez, Georgia.

Soon as they arrived, Emily Martin, a vet at the clinic – knew they have to act fast to save the poor dog’s life, and they eventually succeeded. But Taka had to stay a few more time at the clinic, until a fully recovery.

Emily started to grew extremely fond of the dog whose life she just saved, and in a short period of time the two were already sharing a special bond! 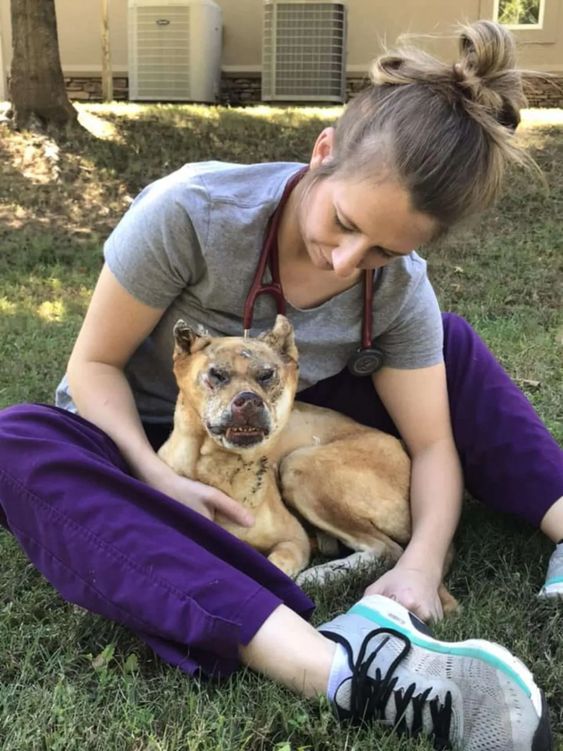 “I try to treat my patients all the same, but his case pulled at my heartstrings a bit more,” the vet told THE DODO. “When he came in, he was screaming from pain…he had burns around his eyes, his mouth, his ears, his belly. But he calmed down the moment you sat with him and started singing to him.”

Since Taka needed a lot of time to recover, his family agreed for him stay at the clinic. But since, the place isn’t opened during night, Emily knew it would so hard for him to stay there all alone, so the devoted vet decided to take Taka to her home overnight. 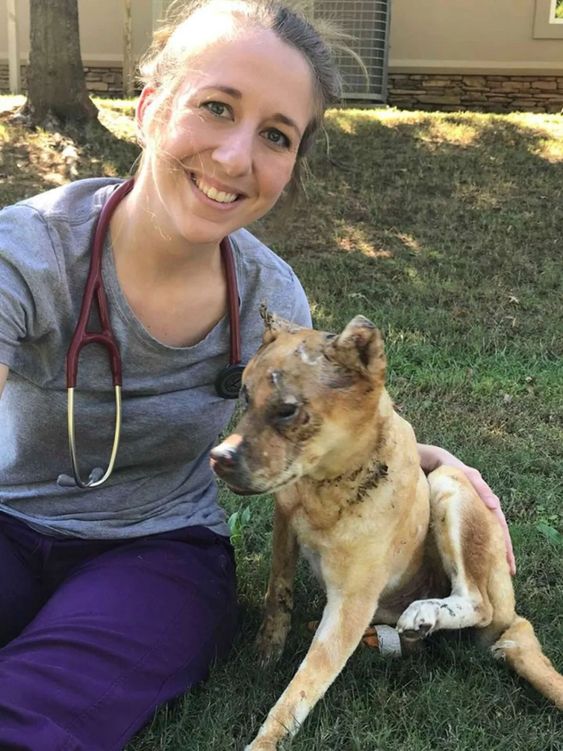 Emily had to looks after Taka all night, so the next day when she got back to work, she was very tired. So during a break, she just went into Taka’s kennel and lay down next to him, and fell asleep. It’s when one of her coworkers managed to take a very emotional photo of the two. 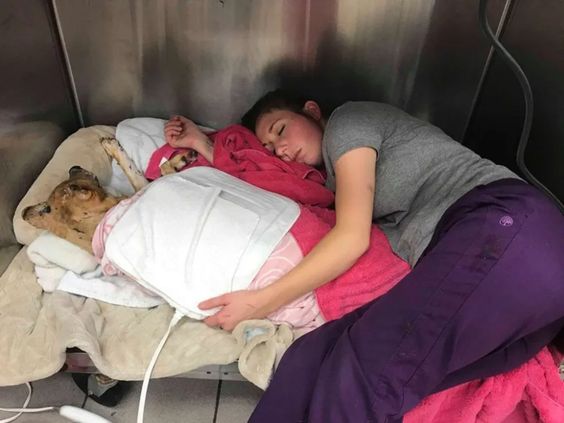 “I was up with him all night at my house, so the following day, we were both exhausted,” Emily said. “He’s definitely in a lot of pain, so he’s definitely not out of the woods, but we’re hopeful that he’s going to be OK.” 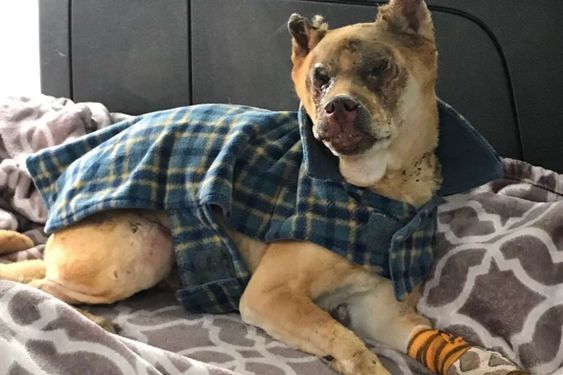 Emily got so overly attached to Taka that she’s considering adopting him, in case it will eventually come up to this. Meantime, Emily – who’s also a mother – already shares her home with other five rescue dogs!