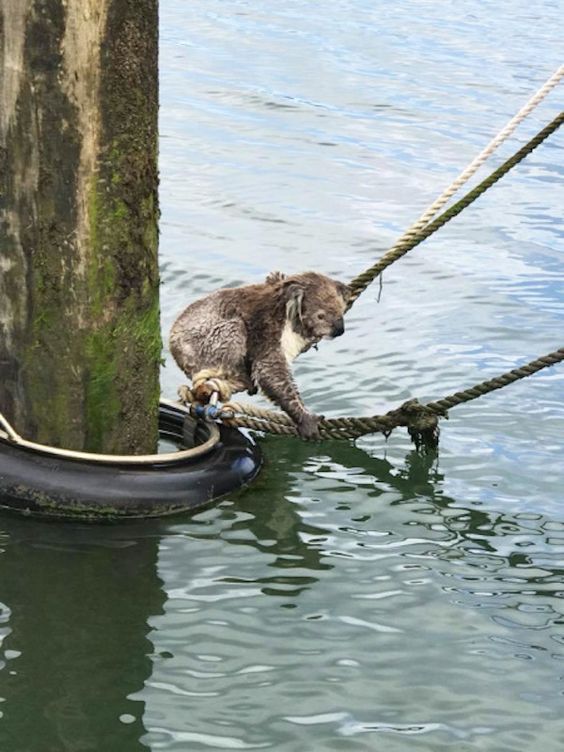 The koala had gotten stuck in “an awkward position” on swing moorings about 320 feet (100 metres) from shore and was clinging on to it for dear life when the rescue crews spotted him. The koala was clearly in distress, sopping wet and shivering cold.

Members of the coast guard noticed the poor animal while towing a broken down boat back to Warneet in Hastings, Australia. 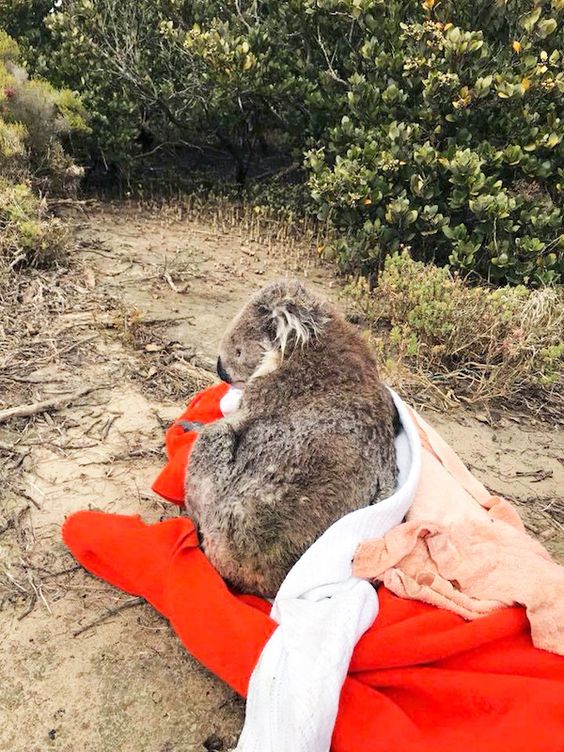 At first, one of the crew members thought it was a stuffed toy. But as soon as they realized it was a koala, they sprung into action.

“I saw the koala on the mooring and at first thought it was a stuffed toy,” rescue boat crew member Sean Hannam told the Mornington Peninsula News.

“We turned the engine off and I threw a blanket over him while I was standing on the ladder at the back of the boat. The rest of the crew stood on the side to balance the boat.” 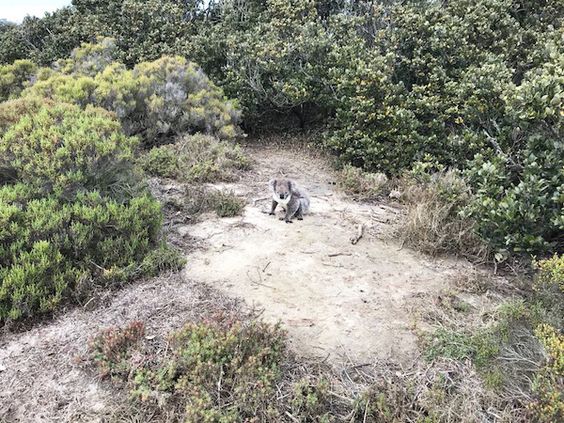 As soon as the koala was on board they ferried him over to Quail Island and released him where they made sure he was cosily wrapped in several blankets and towels to dry up and get warm.

Shortly after, the marsupial was warm enough to throw aside the blankets and head back into the nearby forest.