Three-year-old pit bull Merrill and eight-year-old Chihuahua Taco met at a shelter. They were both taken there by their owners… 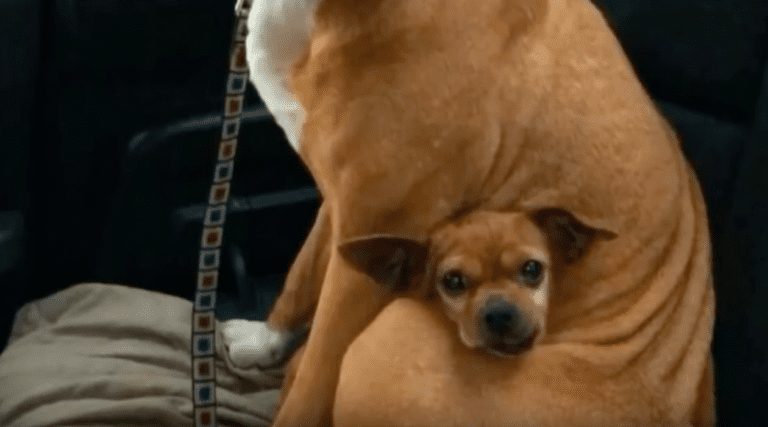 From the first day when our heroes saw each other, they became inseparable.They cannot be separated even for a few minutes, because they immediately begin to cry and whine very loudly.

Therefore, in the shelter they live in the same enclosure and always sleep in an embrace. A few months ago, a man came to the shelter. He was looking for a true friend and when he saw beautiful Merrill, he immediately fell in love with her.

He filled out all the paperwork and was ready to accept her. When Merrill was taken out of the enclosure, she began to whine, and so did Taco. They looked at each other with incredibly sad eyes.

Merrill braced herself with all four paws and refused to budge. 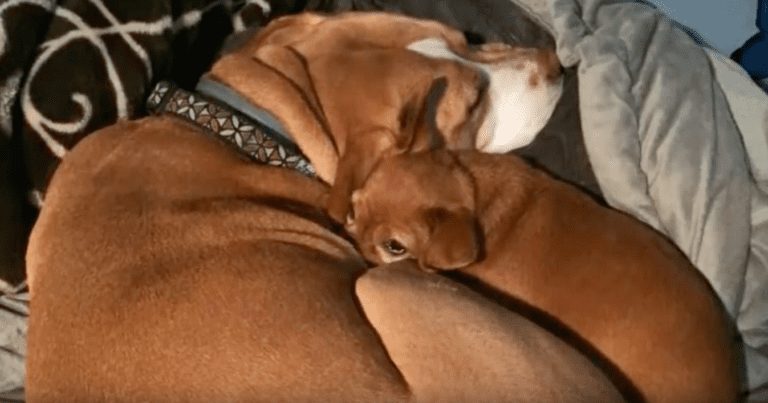 Seeing such strong love, the man immediately realized that he would either take two dogs at once, or not take one.

Fortunately, he chose the first option.

So Taco and Merrill had a common house and a common owner. Dog comforts an orphaned, 9-day-old foal after his mother’s death, takes the horse under his wing