This is the emotional moment, a caring stranger stepped up to offer a bit of comfort to a heartbroken creature.

A poor mother cow just lost her baby during labor and she was sitting on the grass all alone, when this kindhearted man spotted her and joined to show his affection. The heartwarming moment was caught on camera by the man’s wife! 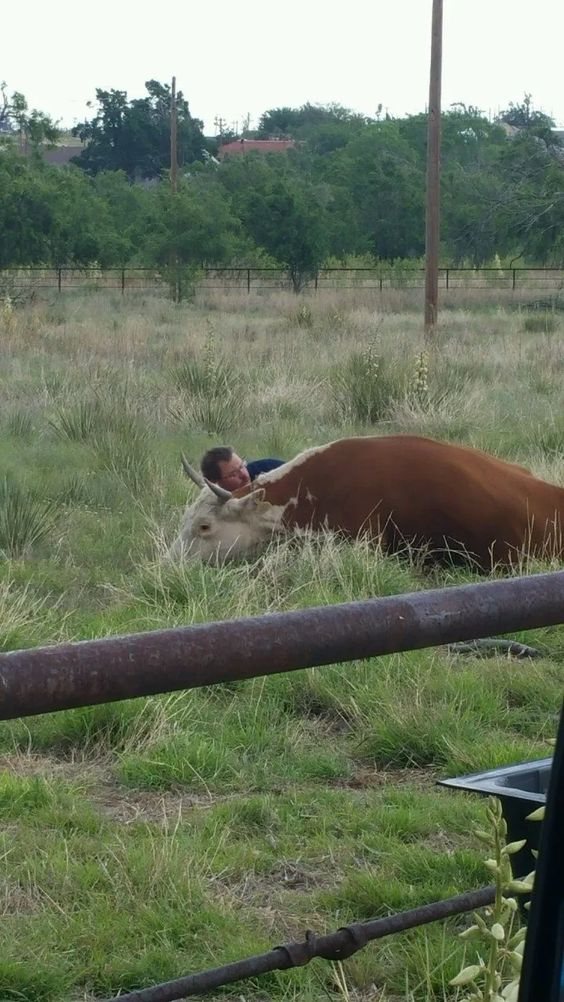 Benjamin Tipps from Borger, Texas was on his way see his mother in law on Mother’s Day, when came across the distressed animal. He was with his wife, when they spotted the cow laying on the grass.

Unfortunately, things didn’t go as planned for the young cow, because after several days in labor, she wasn’t able to born her calf alive. Exhausted and devastated, the poor mother was seeking for comfort and it came from someone she’d never expected – a human being.

The 29-year-old man jumped over the fence from the side of the road and went next to the cow, and spent a few moment with her! The touching scene was caught on camera by Kayla Tipps, Benjamin’s wife and the photos went viral online!

“She was crushed and devastated. She was tired from the labor,” Kayla told InsideEdition. “She laid down, and Ben laid down next to her and was kind of massaging her and comforting her.” 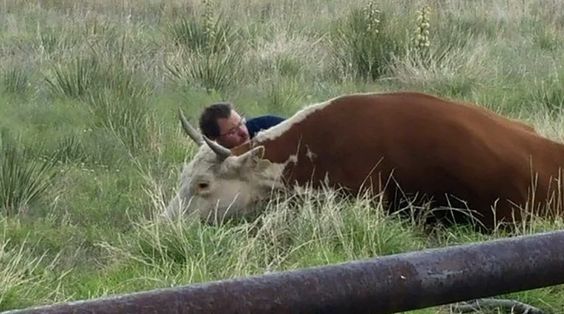 Benjamin spent several minutes with the cow, comforting her. The cow who belongs to Kayla mom’s neighbors, was second time pregnant and her first calf – born a year ago – is healthy and in a very good shape, that’s why no one though she would have any problems during her labor.

But sadly a tragedy happened. Nevertheless, the mother cow is now recovering after the loss.

“A Texas man laid down next to this cow on Mother’s Day to console her after losing her calf,” someone captioned the photo online!