Diego, a libidinous giant tortoise credited with saving his species, has finally retired to an uninhabited island off the coast of Ecuador after decades of service in a breeding program.

Diego returns to his native island of Española in a move that closes an important chapter in the management of the Galapagos National Park, wrote Paulo Proaño Andrade, Ecuador’s environment minister, on Twitter.

“Fifteen tortoises from Española, including Diego, are going home after decades of breeding in captivity and saving their species from extinction,” he wrote on Monday. “Their island receives them with open arms.”

The United Nations Environment Programme (UNEP) also marked the occasion, posting on Twitter on Monday that Diego had returned home to his “natural environment” in the Galapagos Islands. “The giant tortoise is over 100 years old and produced around 800 offspring,” the UNEP added.

His unstoppable libido was credited as a major reason for the survival of his fellow giant tortoises on Española. When he arrived there were just two males and 12 females of his species alive on the island, but Diego helped to boost the population to over 2,000.

The Galapagos National Parks service believe the 100-year-old tortoise is the patriarch of around 40% of that population. Diego previously lived in San Diego Zoo but was shipped to the Galapagos as part of a breeding program. The Galapagos Islands are one of the world’s premier destinations for wildlife viewing, and were visited by Charles Darwin as he worked on the theory of evolution. 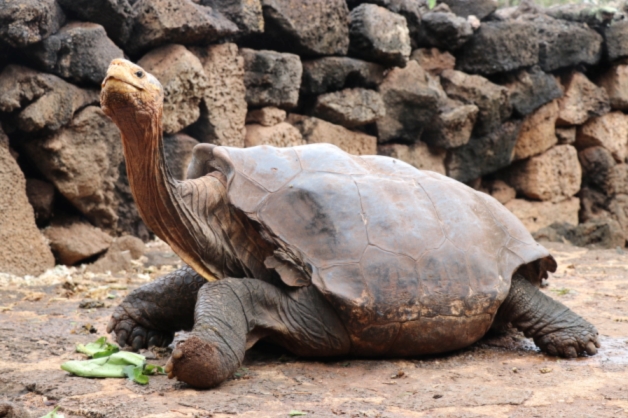 The islands, which are located about 600 miles off the coast of Ecuador, are classified as a UNESCO World Heritage Site. They are home to some of the most unique and scientifically significant ecosystems on earth, but conservationists are increasingly concerned that the islands and their delicate ecosystem are under threat from over-tourism.