A zoo in: Florida welcomes the birth of an adorable blue-eyed black lemur, one of the world’s most critically endangered primates. Announced on Facebook by the Jacksonville Zoo and Gardens, the primate is said to be the second-ever blue-eyed black lemur to be born at the facility. The lemur will stay in a private area to be cared for by its parents until it is old enough to integrate with the other lemurs in the group.

Other than humans, this special species of lemur are the only primates in the world to have blue eyes. While the baby currently appears to have brown fur, as it matures, the color of the fire will darken and eventually turn black. This species of lemur are absolutely tiny, and will likely only ever grow to weigh around five pounds. Native to northwestern Madagascar, this special species’ wild population is estimated to be less than 1,000, therefore this birth is vital for their survival. The center, wrote on Facebook that “every birth of this species is critical to their long-term sustainability,” wrote the zoo on Facebook. 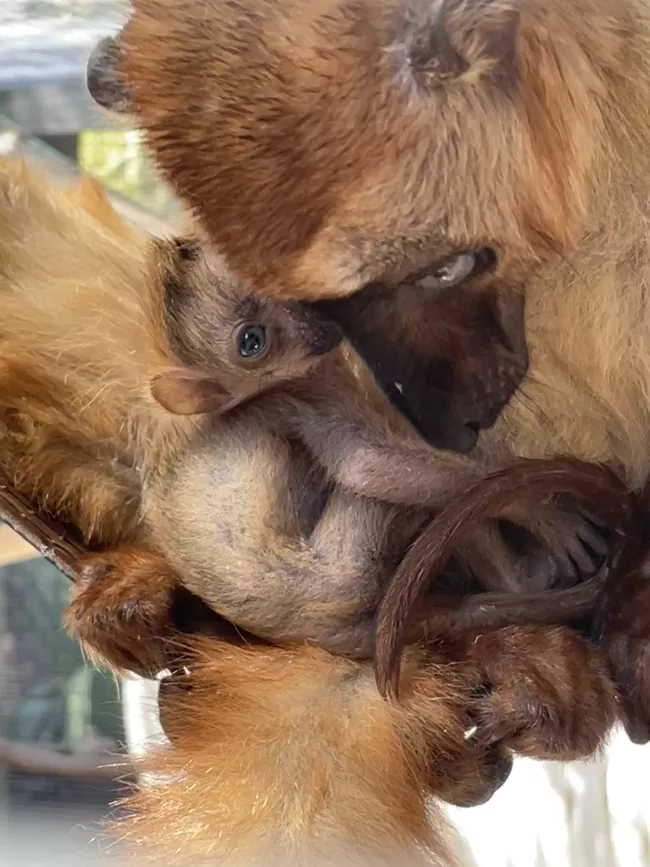 Blue-eyed black lemurs are some of the most threatened primates in the world. The lemurs are classified as critically endangered on the International Union for: Conservation of Nature (IUCN) Red List of at-risk species. Blue-eyed black lemurs have been named among the 25 most threatened primates on Earth. Their population numbers have dropped 80% over the past three generations or 24 years. Scientists estimate that there will be an 88% reduction in the lemurs’ range from 2000 to 2080 due to climate change alone. 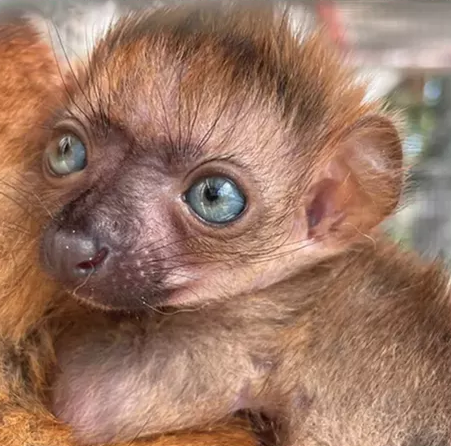 Blue-eyed black lemurs are sexually dichromatic, meaning that males and females have very different appearances. Males are totally black while females are reddish-brown to grayish-orange. When they’re born, babies have brown fur that blends in with their mother. As they get older, the fur on male lemurs will eventually turn black. They are the only primates, other than humans, that can consistently have blue eyes. Blue eyes are uncommon in the wild because they offer less protection from the sun than eyes with darker irises. They weigh about 5 pounds (2.4 kilograms) and are about 38 inches (1 meter) long. They have long, bushy tails that they will often keep high in the air as they move around. 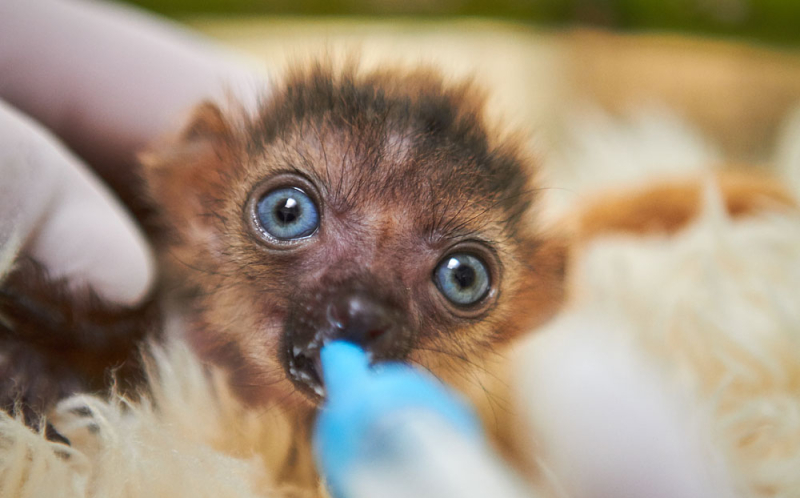 The main threat to the blue-eyed black lemur’s survival is habitat loss. The species is found in a very limited area of northwestern Madagascar. The island country lost 37% of its forest from 1973 to 2014, according to the IUCN. Almost half of Madagascar’s remaining forest is located within 328 feet (100 meters) from the edge of the forest. Habitat is lost as more forest is converted into agricultural land. Logging, mining, and forest fires have also destroyed much of the lemurs’ home. In some cases, the animals are also hunted for food or trapped to keep as pets.