Only being around a 400lb brown bear sounds intimidating for most of us, let alone cuddling with such a massive beast. But what if I told you that for this couple in Russia dining with a bear just as spending time with our puppies for the rest of us. That because Svetlana and Yuriy Panteleenko, and their furry companion Stepan – nothing but a full grown up bear – are a happy family for over 23 years now! 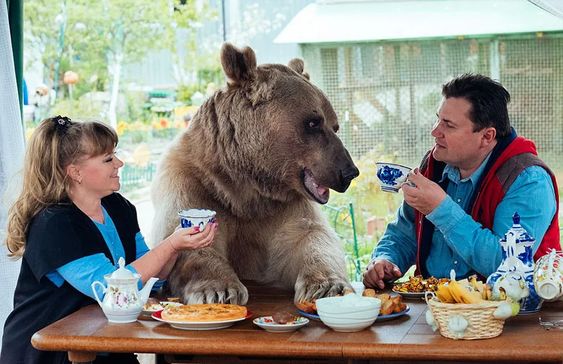 This heartwarming love story started more than two decades ago, when Stepan was just a 3-month-old cub. The tiny cub was is a terrible condition when some hunters stumble upon him in the woods. Since his mom was nowhere to be found, the men took the crying tiny bear as he wouldn’t stand any chance of survival in the wild. 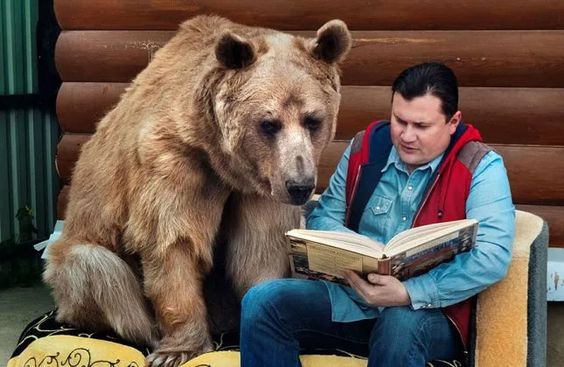 They introduced him to Svetlana and Yuriy from Moscow, who decided to look after the powerless bear cub, at least until he would fully recover. But The years have passed, and now Stepan still lives with his human parents. Although he’s around 7-foot and over 400 pounds, the massive bear is nothing but a gentle giant!

“He loves people and is a sociable bear – despite what people might think, he is not aggressive at all,” Svetlana said. “We have never been bitten by him.” 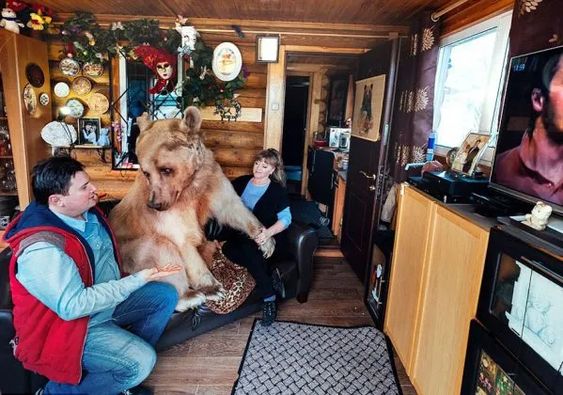 Nevertheless, they still treat him with respect, because even though Stepan is fully domesticated, he remains a wild animals with deadly instincts. But as it turns out, for the Panteleenkos he’s just like their own baby. 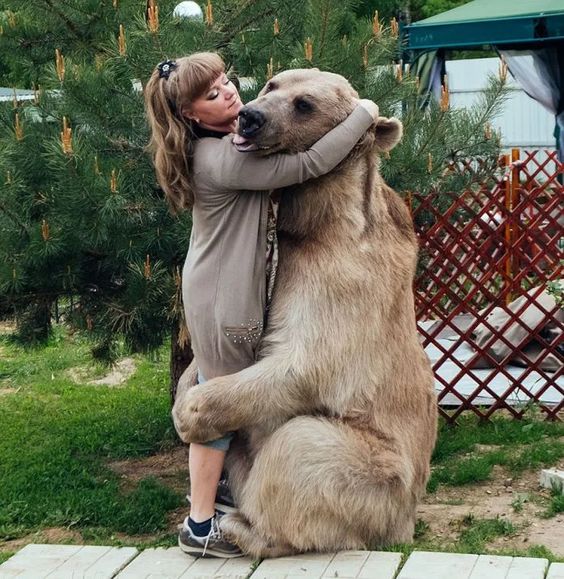 Incredibly cute and friendly, Stepan loves to watch TV on the sofa, alongside his humans. Sometimes, they even gave him some task as watering the flowers or gardening.

“Stepan loves to cuddle up with us on the sofa at night while we’re watching television,” Yuri said. “He’s got so many talents and loves a picnic.” 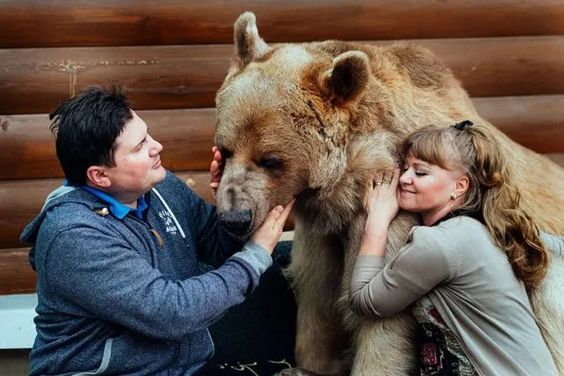 The massive Stepan is also very attentive when it comes to his diet. As his adoptive parents said, he eats 55 pounds of food, every single day, with fish, forest fruits and vegetables among his favorites.

More about his big happy family in the video below!